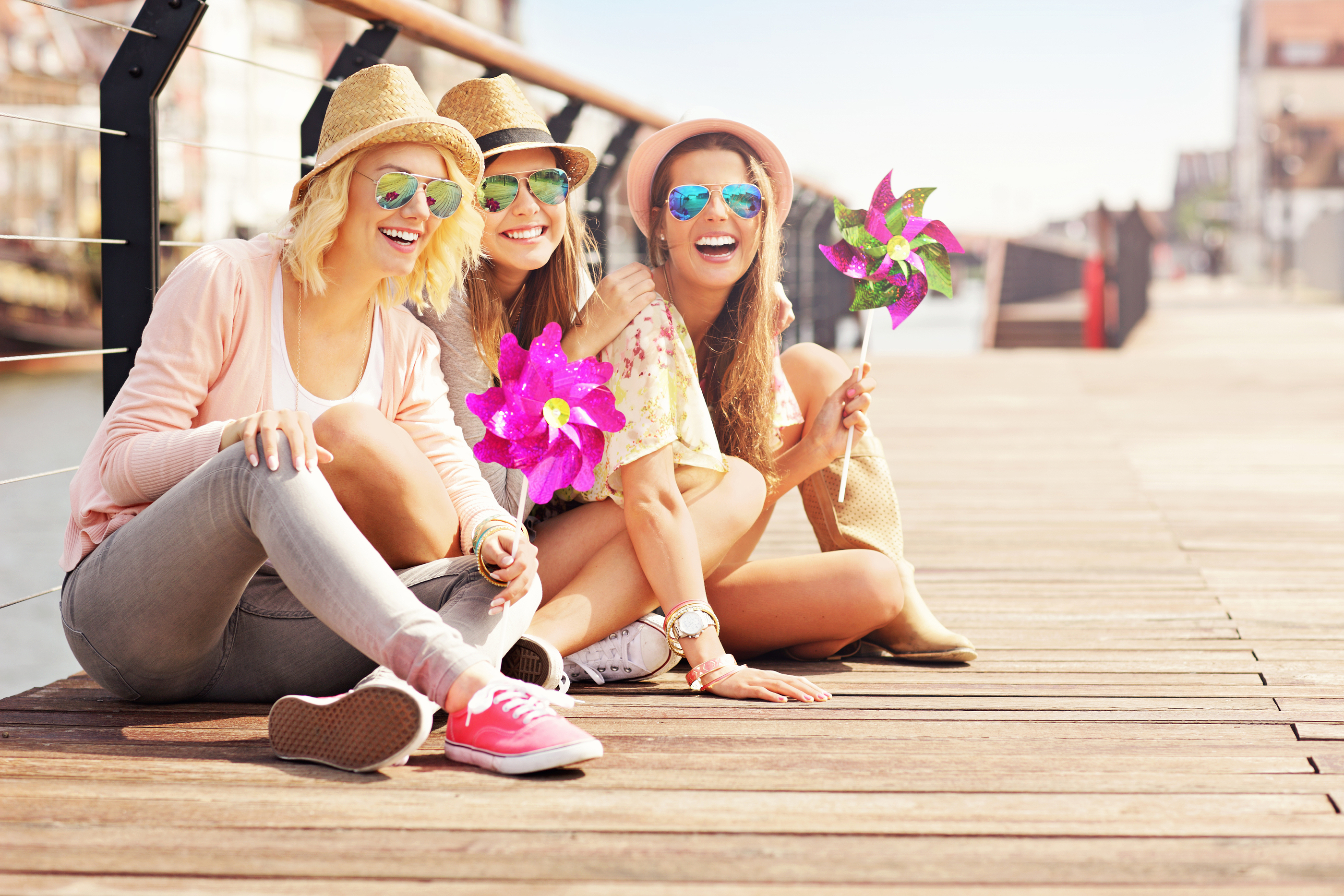 I recently read this post from Girlfriends in God and felt it was an important message to share today with you. I thought about writing my own spin on the topic and decided this one was so perfect for each of us here that I would share their post with y’all! Enjoy, be sure to comment below. 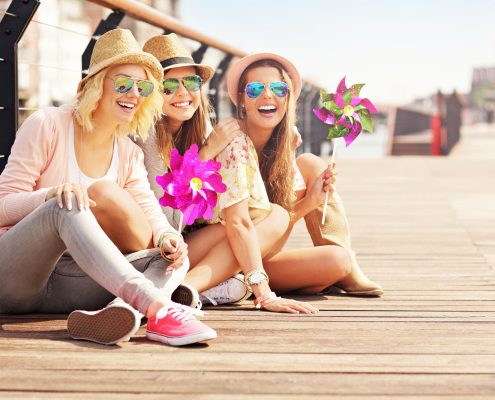 “I will praise you, for I am fearfully and wonderfully made.
Wonderful are your works; my soul knows it very well.”
Psalm 139:14

We live in a culture of constant comparison. Someone tweets that they just had lunch at a fab restaurant; you had canned tuna and raw carrots. Not even baby carrots but a big ole carrot out of the bag.

Someone posts an Instagram of a gaggle of friends dressed in Lilly Pulitzer pink lunching by the lake, and you’re reading about it dressed in sweats, trudging down the grocery aisle with a snotty-nosed kid pawing at the cereal displays.

You pull up Facebook and read about Barb’s vacation in Paris, and you’re happy for her . . . sorta.

A woman looks at Pinterest boards, and comes away with her greatest fears confirmed: her kids look shabby, her house looks dumpy, and her clothes look frumpy.

Social media accentuates the culture of comparison by sending the false message that your monotonous tedious boring existence is a poor excuse for living compared to others whose lives are awesomely exciting all the time. Secretly you hope your husband never stumbles across Pinterest to realize what a loser of a wife he really has. Mercy!

Social media breeds instant comparison at the click of a button. Comparing who has more “Facebook friends,” “re-tweets,” “followers” and “re-pins” is maddening. The age-old comparisons of appearance, accomplishments, possessions, and position are still around. Technology has simply magnified the access to other people’s lives, even though you’re only seeing what others want you to see.

Then there’s Christmas letters. Photo cards of friends and family with letters detailing every wonderful milestone of the previous year. We read them and think, “My life stinks!” That letter doesn’t tell about Brian getting suspended from school for cussing in the classroom, Megan getting caught lying about studying at a friend’s house, Brie’s on-going battle with depression, Dad’s loss of a major account, or Mom’s twenty-pound weight gain. Just the highlights. Only the good stuff. We read it and say, “good for them.” All the while thinking, “what’s wrong with me?”

Comparison is the devil’s tool that he uses to undermine your confidence and kills contentment like nothing ever will. It magnifies insecurities and fosters a self-absorbed pre-occupation of your inadequacies. As one pastor said, “One of the main reasons we struggle with insecurity is that we’re comparing our behind-the-scenes with everybody else’s highlight reel.”

Comparison sullies the canvas upon which God longs to display His greatest work. Nothing will rob you of your confidence in Christ like comparison. The measuring stick will get you stuck every time.

I love what Jesus said when Peter asked about John’s future. (Yes, he was comparing his future with John’s) “If I want him to remain alive until I return, what is that to you?” (John 21:22) In other words, “It’s none of your business! Stop comparing!”

Have you ever wondered why Jesus picked such a ragtag bunch of blundering blubbering misfits to be his disciples? Even though they stumbled their way through much of the gospels, once they were filled with the Holy Spirit, this uneducated, unrefined, untrained bunch of unruly fishermen changed the world. A few days after Pentecost, the Jewish Supreme Court questioned Peter and John about their persistence in preaching the gospel and their audacity to heal a beggar lame from birth.

The dynamic duo preached a mini-sermon that struck the religious rulers to the core. But here’s my favorite part of the entire scenario: “When they saw the courage of Peter and John and realized that they were unschooled, ordinary men, they were astonished and they took note that these men had been with Jesus” (Acts 4:13).

The Sanhedrin leaders were mystified at how this bunch of scrappy saw-toothed misfits could wax so eloquently. Then they had an ah-ha moment. They realized the men had been with Jesus. That explained everything.

That’s what I want people to say about me! She’s an unschooled ordinary girl. How does she do what she does? Oh, I get it. She’s been with Jesus! Can you think of any better accolade? I sure can’t.

Let go of the tendency to compare and take hold of your uniquely fashioned, pre-ordained, God-given talents and abilities. You are specifically equipped by God to do everything He has called you to do and to go through. Including being the mom your kids need.

Then when the world questions how you do what you do, they’ll say, “Oh I get it…she’s been with Jesus.”

Heavenly Father, help me not to compare myself with others, but to celebrate the way You created me! I will praise You for I am fearfully and wonderfully made. I know this full well. Now, help me to remember it!

Think of all the ways you compared your life with others during the past five days.

Think of all the ways that others compared their lives to your life during the past five days. (You don’t think they did? Oh sister, they did. Believe me.)

Cain compared himself to his brother Abel. What did God have to say about that? Read Genesis 4:6-7.

Read Psalm 139:13-16. Spend some time thanking God for the unique way He created YOU!

More from the Girlfriends

Today’s devotion came from my latest book, Take Hold of the Faith You Long For: Let Go, Move Forward, Live Bold. Just as a trapeze artist who grabs hold of a second bar, but refuses to let go of the first, we can get stuck in our faith when we refuse to let go of all that holds us back. It’s time to let go of all that holds us hostage to a “less than” life…and that includes comparing ourselves to others. Let’s take hold of all that Jesus has already taken hold of for us and placed in us! Check it out at www.takeholdthebook.com where you can download a free chapter and watch a video book trailer. The book also comes with a Bible study guide. Make sure and sign up for my weekly blog to learn when the free on-line Bible study will begin in the fall.